China’s trade growth accelerated in April, beating analyst expectations, a positive sign for the country’s fragile economic recovery. Exports surged by 14.7% compared with a year earlier. That is up from 10% in March. Imports also rose by 16.8% up from 14.1%.

Financial News brought to you by The Wealth Advisory

The data meant a trade surplus for China, reversing a surprise deficit in March.

However, some analysts raised questions about the accuracy of the data.

“I have no strong conviction whether the data reflect reality,” said Zhiwei Zhang, chief China economist at Nomura in Hong Kong.

China had a bigger-than-expected trade surplus in April of $18.2bn, after a surprise deficit of $884m in March.

But that is not in line with other Asian exporter countries, such as South Korea and Taiwan, which have seen their export growth weaken amid slowing global demand.

Some analysts said they suspected that some Chinese exporters may be overstating their business to avoid capital restrictions on funds they are bringing into the country.

China, which keeps a tight grip on capital flows in and out of country, has announced fresh moves to control any illegal flows.

Analysts said the move indicated that the practice had become a concern for them.

About The Wealth Advisory

The Wealth Advisory has been formed to offer pro-active investment solutions that suit today’s financial climate.

For more investment solutions visit us today @ The Wealth Advisory 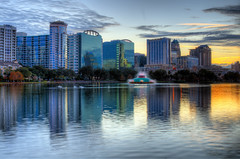